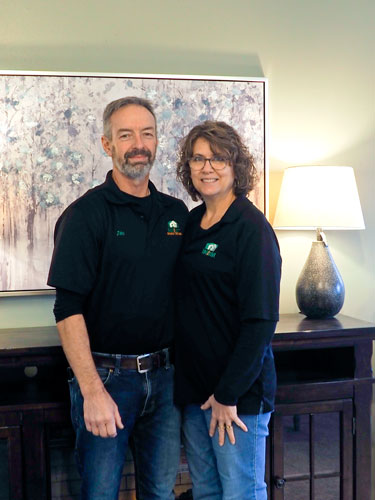 Bainter's daughter Cristine and husband John Purdy have been current (and third generation) owners since 1997, and, with the purchase in 2010 of Floor To Ceiling from Mike Wayland, are happy to provide the Macomb Area with complete home building and transformations.  This provides a "one-stop shop" where any home building purchase or remodeling project can begin and be completed in one location. From Pella windows to Mohawk carpet to Flexsteel furniture to Lennox furnaces and fireplaces, even a leaky faucet or plugged drain starts by calling (309) 833-1000!

Looking for Furniture and Flooring?

Visit our Home Furnishings website for options for flooring, furniture and window treatments.